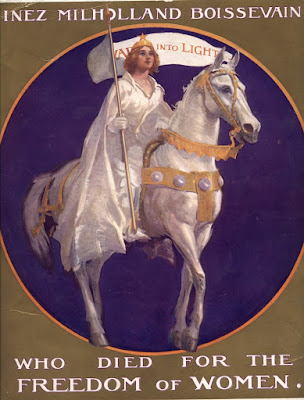 The following is from a press release sent out by Sandra Weber.

Elizabethtown, NY, January 9, 2017—Women, men, families and youths from across the Adirondack region plan to rally on Saturday, January 21 to show solidarity with those at the Women’s March on Washington. Local marches have been gathering momentum and the national organization says 300 Sister Marches are planned, each with its own program, “from music and speeches to a rally at a suffragist’s grave in upstate New York, to a verbal ‘human mosaic’ of people in Napa Valley sharing their vision for the future.” [See prnewswire on Sister Marches, 1/9/17]

“The day after the Presidential inauguration, people from around the country will unite in Washington, DC in the spirit of democracy, dignity and justice,” said Sandra Weber, co-organizer of the Adirondack march. “Some people are travelling to DC, but many of us will not be able to make the trip. When I heard that Seneca Falls was holding a Sister March, I thought it was a great idea for our North Country community to join the movement.”

Participants in the Adirondack-Champlain Valley Women’s March will meet at the grave of Inez Milholland in Lewis Cemetery behind the Congregational Church. The program will include a tribute to Inez, presentation of flowers, and a reading of the sonnet "To Inez Milholland" by Edna St. Vincent Millay. The cemetery setting also echoes the famous “graveyard rally” organized by Inez when Vassar College officials refused to allow a suffrage meeting on campus.

“In the Adirondack region, the most notable site of the woman’s movement is Inez’s grave. She rode a white horse at the front of the 1913 Suffrage Parade in Washington and became the national symbol of the suffrage movement,” explained Weber, a local author and historian. “Three years later, Inez Milholland died, at age 30, while campaigning for Votes for Women. Her father, John Milholland (one of the founders of the NAACP), insisted that the body be buried in the Adirondack foothills, near the family’s estate, Meadowmount.”

“Inez was not only a suffrage martyr, she was an advocate of human rights,” said David Hodges, co-organizer of the local event. “Her message---Forward out of darkness, Forward into light---resonates as much today as 100 years ago.”

In recognition of her sacrifice and commitment to women’s equality, Inez Milholland was nominated for the Presidential Citizens Medal in 2015. The Inez Milholland Centennial project believes that now is the perfect time to award the medal to Inez, as women march in Washington following in her footsteps and others rally at her grave.

After the short graveside ceremony, the Adirondack marchers will reconvene indoors at the Whallonsburg Grange where Hodges, along with other musicians and singers, will lead participants in songs of hope and unity. The purpose is to stand together and send a message of support for values of human decency, equal rights and freedom from discrimination.

During the first ten days of the grass-roots effort using Facebook and e-mail, fifty people committed to attending the Adirondack-Champlain Valley Women’s March. Participants are coming from all over the region: Keene Valley, Essex, Westport, Elizabethtown, Saranac Lake, Lake Placid, Plattsburgh, Glens Falls, and Vergennes, Vermont, and other places.

The event is free and non-partisan. For more information, see the Facebook Event page for Adirondack – Champlain Valley Women’s March or email Sandra Weber at weber@sandraweber.com.

For more information on the Sister March Press Release: https://www.womensmarch.com/sisters-press

Posted by John Tepper Marlin at 11:46 AM