July 6, 2020—American Experience on PBS will be showing "The Vote," a two-part series on Channel 13, tonight, July 6th and tomorrow, July 7th, at 9pm. The 19th Amendment, which extended the vote to women, was ratified by the last required state (Tennessee) in August 1920. This year marks the Centennial. Through hundreds of photographs, antique video footage, and illuminating commentary, "The Vote" tells the frustrating but exciting story of the 72-year struggle by American women for political equality.
Posted by John Tepper Marlin at 3:48 PM No comments:

She was determined to become the first woman to drive across the United States. She traveled with three other women, none of whom knew how to drive!

Just over five feet, 22 years old, she posed next the car with her rubber helmet and visor in the rain until she got tired of the umbrella-toting cameramen. She kissed her husband goodbye and cranked the motor to start up the car.

Alice Ramsey and team first stopped at Poughkeepsie, according to the Vassar Alumnae Magazine. She was two years out of Vassar, two years ahead of Inez Milholland, and had a comfortable stop at her alma mater before proceeding across country on the so-called highways of the day. It was the month that Inez Milholland made her famous graveyard speech at Vassar. At graduation, the President of Vassar confided to Inez's father about his daughter: "Wonderful girl, Inez. I'm glad she's gone."

The four women in the car wore ponchos to keep themselves dry. Their touring car was a dark-green, four-cylinder, 30-HP Maxwell DA, with two bench seats and a removable pantasote roof.

Two men laid the groundwork for her trip:
It all happened and she and her crew of three spent nights at hotels, eating restaurant food and an occasional home-cooked meal. They defied the advice of doctors, who warned that it was dangerous for women even to ride in cars because at 20 miles an hour it would overstimulate them. In fact, when the women got to the Cleveland Highway in Ohio they attained "the terrific speed" of 42 miles per hour with no ill effects. Ramsey fixed at least one tire blowout by then and had called for a mechanic to repair a coil in Syracuse, waiting near their car as someone in the crowd cried “Get a horse!” Altogether they went through 11 spare tires.

In the Midwest, the car ran out of gas. The women had forgotten to check the specially enlarged 20-gallon tank frequently enough. Some muddy roads proved practically impassable for the tread-less tires. At one point the women had to sleep beside an overflowed creek until the water receded. They took 13 days to go 360 miles, being towed by horses from time to time.

There were no road signs then. Ramsey relied on the Blue Book series of automotive guides, which gave directions using landmarks, but sometimes the route changed. And there were no books for regions west of the Mississippi River.

Unlike Robert Frost, when Ramsey came to a crossroads, she chose the road more traveled by. For example, she followed the roads with telegraph poles “with the greatest number of wires.”

On certain days, the Maxwell-Briscoe Company hired pilot cars familiar with the area to lead them. Even so, the party sometimes hit a dead end at a mine or sandpit and had to backtrack.

Locals rode horses for miles and waited by roadsides for hours to catch a glimpse of the Ramsey team. Only six years had passed since Dr. Horatio Nelson Jackson’s 1903 drive marked the first male cross-country success.

They arrived in San Francisco on August 7, 1909. The trip took 59 days, 41 of them driving, and covered 3,800 miles. In 1960, the Automobile Manufacturers Association named her their “First Lady of Automotive Travel” for her trek across a “trackless land.”

Ramsey outlived Maxwell-Briscoe, which was absorbed in 1926 by Chrysler. She lived on to 1983. She was the first woman inducted into the Automotive Hall of Fame, in 2000. Her book about the trip was called Veil, Duster, and Tire Iron (1961). An abbreviated story from the book was printed in the Smithsonian Magazine on the centennial of the cross-country drive.

Other women pioneers in automobile history include Mary Dickerman Woodin, mother of William H. Woodin, FDR's first Secretary of the Treasury, who hired my father in 1933 for his first job working at the Farm Credit Administration. Woodin's mother was the first woman to obtain a driver's license in the State of Pennsylvania.

Posted by John Tepper Marlin at 4:24 PM No comments:

This blog has passed 55,000 page views. Thank you for reading.

The eight most-read posts since inception of the blog are shown below.

Posted by John Tepper Marlin at 9:48 PM No comments:

May 14, 2020—I heard from Noah Sisk that his great-aunt Romelia ("Rommy") Boissevain passed away early last week.

Rommy was at the Boissevain family reunion in Amsterdam in April 2016, and attended the tour of the Dutch canals with other family members including Noah Sisk. I was nominally the leader of the tour and wrote about that here. Noah remembered that my wife Alice left the tour with Rommy because Rommy was tired from all the walking.

Noah says: "Rommy suffered from poor health in the past few years, but she was always a very hip and fun lady. She was also particularly close with my aunt Kim [Kimberley Buck]."

Her obituary appears below:


New London - Romelia "Rommy" Anne Boissevain, 78, recently of New London, passed away peacefully Tuesday, May 5, 2020. She was born June 19, 1941, in Kingston, Mass. to her adoring parents, Matthijs Gideon Jan and Helen (Fiske) Boissevain.
In 1954, her family moved to Northwest Corner Road in North Stonington. Rommy, as she was known to all who knew and loved her infectious laugh and ever-present smile, attended Wheeler High School, where she was valedictorian. She earned her bachelor's degree in English from Central Connecticut State College in New Britain and later, obtained a master's degree from Eastern Connecticut State College. A beloved teacher, Rommy was a reading specialist who helped countless students learn to love learning at schools in North Stonington, New York State, East Hampton and most recently, at the Nathan Hale School in New London.
She also was a real estate agent; and in retirement, cultivated a love of painting. She participated in a teacher exchange program with educators in Norway and made several trips to Europe. She especially loved touring Holland with her family and seeing the childhood environs of her father's native Amsterdam. She cherished family camping trips, daylong excursions to Rhode Island beaches and trips all over the U.S.
Rommy also carried on her father's love of genealogy. She fervently studied her family's background and helped many others to start researching theirs. A generous mother, grandmother, sister, aunt and friend, she loved being called "Oma" by her grandkids, Austin, Mia and Wyatt and "Tante Oma" by her many dear nieces and nephews. She was known to always keep her home and heart open to all.
Special thanks are given by her family to the staff of Harbor Village Rehabilitation and Nursing Center in New London for their care. She is survived by her loving sons, Deron (Susan) Bayer of Lakeville and Jon Bayer of New London. She is also survived by her brother Robert (Elaine) Boissevain; and her sisters, Pamela (Wayne) Wilkinson, Kimberley (Robert) Buck and Mia Boissevain; and her sister-in-law Wendy Boissevain. She was predeceased by her brothers, Bruce Boissevain and Lance Boissevain. She leaves many cousins across the U.S. and Holland. A Celebration of Life for her will take place at a date to be announced.
Posted by John Tepper Marlin at 8:57 PM No comments:

May 1, 2020—It being the time of the Pandemic, it is appropriate to remember suffragists who were nurses. One of them was Lavinia Lloyd Dock. She is the subject of the May suffragist-of-the-month post by the Long Island suffragists.

Beginning with her work with the United Workers of Norwich, Connecticut, Lavinia Lloyd Dock made valuable contributions to public health nursing, including work with Lillian Wald at the Henry Street Settlement in New York. 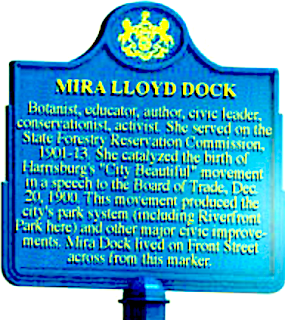 She was also a prolific author; her works include Materia Medica for Nurses, one of the earliest nursing textbooks, and a four-volume History of Nursing, written with Adelaide Nutting.

In addition, she was active in the women's suffrage movement and an advocate of legislative control of nursing practice. She was jailed three times at the Occoquan women's workhouse, which I have visited. This will be the site of the Turning Point Suffrage Memorial.

She and her husband had a daughter Mira Lloyd Duck who became a botanist and a civic leader in her home town of Harrisburg, Pennsylvania.
Posted by John Tepper Marlin at 3:06 PM No comments:

This day in 1868 was born scholar and activist W.E.B. Du Bois, in Great Barrington, Massachusetts.

He earned a Ph.D. from Harvard in 1895, the first African-American to do so, with his dissertation on the slave trade, which Harvard published as the first in a series.

He continued his study of racism with his second book, The Philadelphia Negro: A Social Study (1899), which popularized Du Bois’s idea of “the talented tenth,” the  one-out-of-ten probability that a black man will become a black leader.
In 1905, he  met with 30 other African-American scholars, artists, and activists in Ontario, Canada, near Niagara Falls, to discuss the challenges facing people of color. (Blacks were not allowed rooms at white-run U.S. hotels.)

From this first meeting came the formation in 1909 of the NAACP, which pursued the goal of integrating blacks into the American middle class. John E. Milholland, the Irish father of Inez Milholland, became a friend of Du Bois and was the first Treasurer of the NAACP. He provided space and other resources for the NAACP office. Like Inez Milholland for a time, Du Bois was a declared socialist in 1910-12. He served as director of publicity and research for the NAACP from 1910 to 1934.

The alternative vision for American blacks was led by Booker T. Washington, who believed in the idea of a separate path of achievement for blacks. With a gift from Andrew Carnegie, Washington built up what became Tuskegee University. Washington lived for a while in Fort Salonga, Long Island.

Du Bois died in Nkrumah's Ghana in 1963. Nkrumah called him "a phenomenon."

Posted by John Tepper Marlin at 7:44 AM No comments:

February 4, 2020 – This day was born feminist Betty Friedan, in Peoria, Illinois, in 1921, the year after the passage of the 19th amendment including women among the enfranchised. (Next year will be the 100th anniversary of her death.)

She was not popular in high school, being unconventional in looks and behavior. She was smart, though, and excelled at Smith.

After marrying and having a conventional suburban life, she surveyed her Smith peers at their 15th reunion and found a lot of discontent among them, which she called  "the problem that has no name." She wrote a book about this, about the myth that women were expected to find fulfillment in domestic lives as mothers and wives. Her name for the myth became a book, The Feminine Mystique (1963).

It was a best-seller, and helped kick off the "second wave" of feminism, the "first wave" being women's suffrage, which would have to be a long ("Kondratieff") wave since it lasted from 1848 to 2020. She marched with Gloria Steinem in 1970 in New York City to celebrate the 50th anniversary of the recognition of the right of women to vote. This year is the 100th anniversary; Friedan would have been 99 years old.

Betty Friedan lived in Sag Harbor, N.Y. during the summers. She spoke at a NY City Hall performance in 1995 of my suffrage play, "Take Up the Song," and again at a performance at the Springs Church. I remember picking her up at her home and dropping her off again and being impressed with her edgy take on current events. She died the same year as my mother, 2006.
Posted by John Tepper Marlin at 4:54 AM No comments: